Want to Get There

On one of my computer screens I have a picture of a road that disappears into tuly fog.

It reminds me of traveling to the mountains in California along Jack Tone Road or headed south toward Corcoran. Sometimes, not very often, we became shrouded in tuly fog.  It was thick and clearly dangerous for travelers. My father would slow down and dim the headlights that reflected back at us. Sometimes I thought we should turn off our lights and let the self-illuminated fog light our way. I was taught that we needed to be concerned with  what lay behind us as well as what lay ahead. The rear red lights would tell others, “we are here.”

Traveling cautiously forward, we became quiet, the radio was turned off, our eyes widened and our ears listened as we concentrated and stared into…nothing.

It was a relief when the fog began to dissipate into wisps and eventually we could see our way again.

January feels like that to me sometimes. The year lays ahead and I anticipate it optimistically. I have a map, a plan, but sometimes…life happens.

No matter how I chart the future and envision the road and gaze into the distance, I cannot know what lies ahead. I nervously glance behind to see if I am alone or is someone careening toward me reminding me of where I’ve been.

I could pull over and wait it out.  Sometimes I feel I do. I acknowledge that I learn a ton watching how others circumvent life. Eventually though I need to be brave and get back on the road. It doesn’t take long before I am bored being a spectator.  However, I appreciate learning from and observing others.   Staying idle and a tad shy too long risks dependency on what others know and eventually depreciates me.

I could follow someone else closely or travel together and I have. Safety in numbers you know, but eventually they turn off or stop or lag.  I enjoyed the companionship for awhile, but eventually I feel stifled, or controlled, a tad angry, frustrated and less than. I get lost. 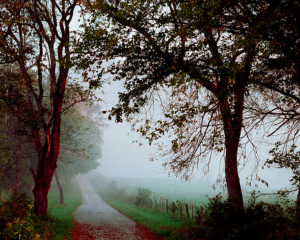 The fog will clear.  I will see where I need to go and I will see where I have been. A moment of reprieve and of relief. I feel safe to move ahead. The feeling is…light, a little unfamiliar and maybe even awkward, but the way is there, present and possible.

The fog will embrace me again. It always does.

I really want to get there, wherever my there is. 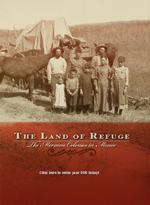