Bring it on Spring

Almost finished! Page 90 of a 120-page screenplay. I like it so much that I WANT others to read it. I am so close to turning it over to “the editor.” Besides finding all my grammatical errors, spelling errors, and verb tense errors, she is able to see where it is weak AND she is excellent with adding the little details … details that I assume everyone knows but it turns out that I thought about them but that they are only in my head! 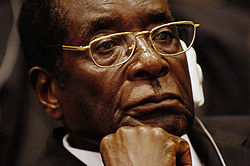 Today, I found Robert Mugabe’s address and email. I am seriously going to write to him and ask for an interview. I mean why wouldn’t he want to tell the world about the first Mrs. Mugabe. She was a strong, determined force of good for the young country of Zimbabwe. I have learned it never hurts to ask! Everyone else thinks I am nuts for wanting to do it but I’ve tilted at windmills before.

So, Cyndi, Alec and I have been working on a short. I think we will shoot it soon, hopefully before she moves to Los Angeles. She’s been threatening to move for years but I think she means it this time. This last week we did a small film shoot of a Celtic Concert. It has been over six months since we were in production! We forgot how much fun it is. I spent yesterday editing. I love editing. For the last three years, she has been trying to get me to consider working on more than one project at a time. I told her I don’t work that way. So she schedules a film shoot, a meeting to pitch ideas, an editing session, a writing deadline. I find myself working on several projects at once. She has her way of getting her way. Smart girl.

It is spring when everything seems possible in spite of how it all seems so improbable. Can’t you feel it in the air? Change and hope and sunny skies and sometimes the rain to make everything grow … even me.

The Land of Refuge

Every Life is Special