BY PAMELA BOWMAN, MESA, ARIZONA, USA – As we edit the two films we created in Zambia, we each are affected differently by the footage we view. It is true we begin to feel the same feelings we felt as we relive some of the moments we experienced. 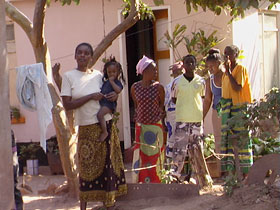 I heard many men speak about the value they place in women in their role as mother and wife. They say they honor their women because they care for their future generation. I spoke with the women. Time after time they told me how they were home with the children and ended up having to find work wherever they could. They told me that their husbands and the father of their children rarely help support the children they fathered. Often they do not see their husbands for days. He shows up when he wants usually without offering financial assistance for their home or family. They feel abandoned by their men and by their government.

I do not suggest that this situation is unique only to Zambia. It is not. But it was in Zambia where I was interviewing the people. I was interested in their interpersonal relationships. One Zambian man told me that men were most important because they were the ones who contribute financially to the family. That, he said, is what makes men more essential. During our conversation, he mentioned that his wife worked also and had a better job then himself. He was glad because his employment was not always steady.

I watched the men and their interaction with women. I watched their interaction with me. Many times, I felt degraded and I don’t even live there. During one scene in the feature, we tried to portray Zambia’s version of a wedding shower. At this party the bride receives instruction on how to care for and respect her husband and her children. She is told what is expected of her. I, of course, asked if men receive similar training. No. I was told that they do not. “It is the woman who has all the control. She runs the home. She raises our children. She is the queen.”

I spoke with many “queens.” They feel abandoned and are left with few choices. As part of my research, I would ask men, women and children the same question. “When you were young, what did you want to do when you were older? What did you want to be?” It was easier for the men and children to answer the questions. Many of the women would stop and reach for the memory of those early years. Years when they had dreams and goals. Years when they were a child themselves. They would look down at their withered hands. 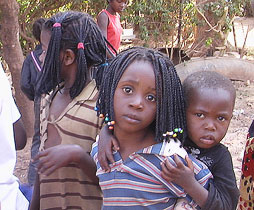 They looked around and saw their children running with hungry bellies. They would finger their own torn, worn clothes and tangled matted hair.

More often than not, they would flatly say, “What does it matter?”

It should always matter. How can a mother be the heart and soul of the family if her personal dreams do not matter to her or those of her family? Everyone deserves to have dreams and the support and ability to make their dreams come true, especially the queen!