Once, when I attended a basketball game (Dublan style) the refs clearly favored the opposing team. Booing and yelling ensued. A wise man (Carl Call) was clearly dismayed by such bad behavior by those who should know better. He expressed his displeasure to those sitting around him. I thought he was being overly zealous so I joined in and yelled insults at the refs too. Such a rebel!

No, actually I chose to follow the louder, bigger crowd. Carl Call was right. It was bad form then and it remains bad form today.

Belittling, booing, mocking and posting derogatory comments shows a lack of respect to the individual, group, institution and oneself. Some may not know better, but hopefully most still do.

Regardless of what religious, social or political affiliation I belong to or you belong to, I hear that high road is still less traveled, more lonely and less polluted by travelers’ noise and litter.

I don’t know which candidates I am voting for this time. My mind is not made up. I am trying really hard to ignore the booing and bad mouthing from the peanut gallery. It is difficult because I want to understand and the best way to learn is to listen. 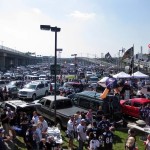 I have not seen or heard a true and open dialogue among my contemporaries or anyone for that matter. I know that the rehearsed debates are coming, but when did the game begin? Was there the respectful coin toss and the hope that the best team wins. Did I miss that? I hate to use the global everyone, but in this case I feel it applies. Naturally, everyone is convinced his or her team should win. Unfortunately, most in the crowd don’t even know how the game is played they just cheer for the home team while bonding with their fellow tailgaters in the cheap seats. Their children sit among them absorbing the hate and ridicule for the opposing team. They learn quick and fast to belong to this team you are allowed to hate and demean, in fact it is mandatory. Another generation poisoned.

I admit I don’t know the issues as well as I want to know them and honestly, I understand them even less. I certainly don’t know the players at all, but I want to know what is real. Unfortunately, I don’t like contention. What I require is a safe place among peers where we discuss the issues civilly. A place where ideas and solutions are explored. A place where I am not compelled to defend positions I have not committed to because I don’t know all the facts and I am pretty confident no one does. A place where I am not attacked for trying to understand before I seek to be understood. A place where questions are not answered with arrogance and hypocrisy. 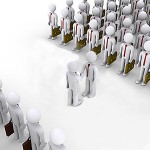 In the end one team will win. Once upon a time the teams would congratulate each other on a game well played. Both teams left the field with mutual respect for the efforts displayed. Not anymore.

Today, the opposing team continues to play the game off the field. Blocking, fouling, jostling for position, stealing the ball, paying off the refs and the ever present cheerleader rants that feed the frenzy.

What was once bad form is now accepted and embraced.

Since, apparently the game clock keeps adding time, no one wins, which means we all lose.