Driving home from teaching yesterday, the radio announced that Michael Jackson had been taken to the hospital. 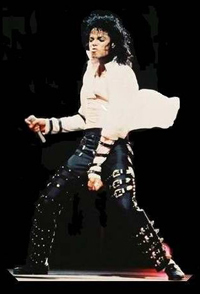 Upon arriving home, Wistie walked into my office to tell me that 10 of her friends texted her the news that he had died. She wondered why they bothered. Did she not have access to the news herself? People like to share news, even the bad stuff, especially the bad stuff!

To be honest, I didn’t immediately feel the loss as many of my generation reported feeling. I think it is because I felt the loss of “Michael Jackson” years ago. He has been gone a long time.

Twenty-four hours later, I saw a montage of his performances. Then it hit me. It is difficult to appreciate what you have come to accept as normal. Although Michael Jackson was never “normal.” Geniuses rarely are. What he offered the world as a young man came to be what I expected him to offer — art in music and form. He set an extraordinary performance standard and then consistently surpassed it.

I don’t know what happened to that young Michael we all fell in love with. He was so talented, so bright, so promising and so COOL. In those early years he seemed genuinely happy and content as he pursued his dreams. But somewhere along his yellow brick road, his dreams transformed into the endless public nightmare that became the new norm. A nightmare from which none of us awoke.

He was gone way too soon.